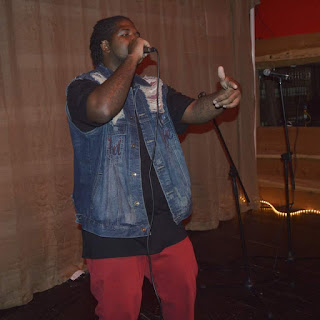 He is the son of a pimp and a

hustling mother. After an accident on the job

which left his Father paralyzed from the neck

down at the same time his mama was

to move in with his sister. Without much

guidance Gooch turned to the streets, after

spending years in the penitentiary and having

kids he grew up, became a man of responsibility

and began puttin his heart into his music.

The following video is from Tevyn's former Rap group by the Name of  Hard Lyfe.  Tevyn is still

making music today and you can hear more on his Sound Cloud page by clicking Here.