Drake and Kanye...scheduled to no show at the Grammy's 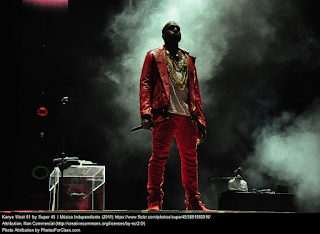 Kanye has not given any indication as to why he will not be attending this years Grammy ceremonies.  He is up for 8 Grammy's this year, and already has accumulated 21 thus far.  He has disagreed with the Academy in the past, claiming that Young Thug, Future and A$AP Rocky have been overlooked.   Be on the lookout for a statement from West in the coming days.

Drake will be touring in Europe for his Boy Meets World Tour, and will not be able to attend.
He is up for 8 nominations himself, and has promised new music from the More Life playlist coming soon.

Many Artists have called out the Grammy's before for not properly recognizing hip hop music.  The biggest overlook, many claim came in 2014 when Macklemore beat out Kendrick Lamar for numerous awards including Best Rap Album.

You can purchase "Views" below, an album in which Drake is up for 8 Grammy Nominations, including Album of the Year.