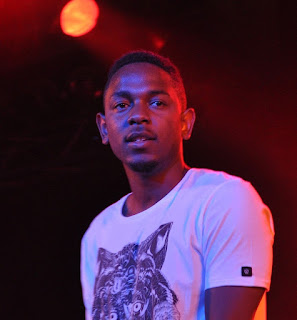 K,Dot cryptically announced at the close his single The Heart Part 4 " Y’all got till April the 7th to get y’all shit together". Fans were expecting the follow up release to the universally acclaimed To Pimp A Butterfly but instead Kendrick pulled a fast one(careful speaking technically, great marketing strategy aswell) by informing those eagerly waiting for the "Rap Saviors" latest offering that his new album will be available April 14th. Social Media since has been in quite a frenzy over his alleged "pump fake" and over at hiphopdx.com they've made an article documenting the general consensus with a collection of hilarious tweets that range from throwing shade at Joey Bada$$ new album for releasing today instead(Joey's cold though but still) to hope that we will get a chance to hear it before WW3 officially begins. (link source at bottom of entry). Either way we all now wait and watch out for one of raps new school legends to surprise us with whatever he has up his sleeve next. It's destined to be a good year for hip hop and if this album nears or surpasses the acclaim of his previous work he will be G.O.A.T. material and already is in the eyes of many of his dedicated fans. Geez...Dre really does have an ear for legends huh?