14 Songs You Should Hear by Earl Sweatshirt

Thebe Neruda Kgositsile (born February 24, 1994), better known by his stage name Earl Sweatshirt, is an American rapper, record producer, and former member of the Los Angeles-based hip hop collective Odd Future. He is signed to Columbia Records, as well as his own label, Tan Cressida. Earl gained recognition and critical praise for his debut mixtape, Earl. Following its release, he was sent to a boarding school in Samoa by his mother until his 18th birthday. On August 20, 2013, he released his debut studio album, Doris, to universal acclaim. On March 23, 2015, the digital version of Earl's sophomore album, I Don't Like Shit, I Don't Go Outside: An Album by Earl Sweatshirt was released; the physical version of the album was released on April 14, 2015 to acclaim. On April 28, a ten-minute song named "Solace" was released on YouTube.(Source:https://en.wikipedia.org/wiki/Earl_Sweatshirt) 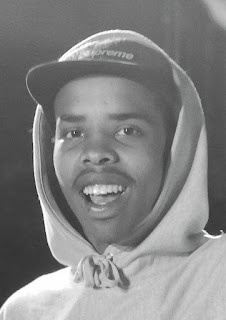