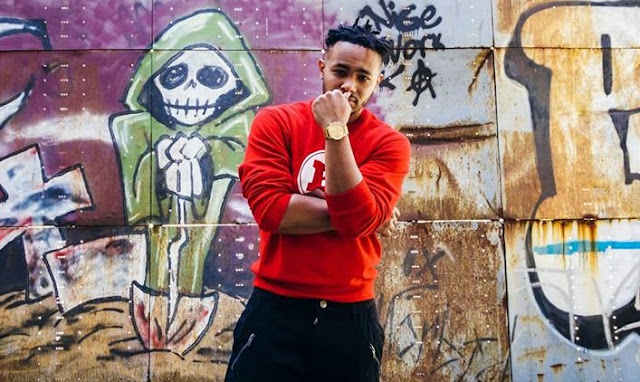 We got a first hand look at the upcoming album release from B. Wize entitled Offspring of a Fiasco.  I suggest you take a listen for yourself, you will be suprised at the work put into this and you may find yourself becoming a fan of a hard worker underground rapper who is slowly building an empire from basically nothing.   And without further ado, here it is.

Offspring of a Fiasco

1.Intro(5/5)
"The lyrical content and musical composition you're about to hear are life changing"  that is the bold statement rapper B. wize opens his "Offspring of a fiasco" project with.
The vocals sounding errie as if you had found a time capsule containing this album on a far away planet behind traversed for the first time...or this one in a distant future.
I like the set up and now I'm just hoping it pays off.
Good way to start things off.

2.  "Wake Up Call"  (5/5)
And let me tell you..this kicks off with a bang!
Beat is solid and perfect as B.Wize rips into the current state of the hip hop, political climate.
Bringing harsh truths to the forefront about culture and what exactly gets promoted to the masses and just why is that? "Take our inventions and sell'em for profit, Our vision dope dealin we killin our people. They mission extinction believe me jus watch".
You can truly feel an inner turmoil as the emcee goes back in forth of wanting to make it big at his craft while knowing the sea of evil that surrounds one and that one may have to become apart of it to make it. In an industry where it's hard to trust anyone especially if you are speaking the truth. the frustration is on full display and well said.

He ends the track letting us know we got a little bit of everything ahead and after hearing this what i'm dubbing "Truth-Banger" I must say I am interested in whats to come. Perfect mission statement

3.  "Radical Diamond's"  (5/5)
I was not expecting the "Diamonds are Forever" sample.
At first I thought we were merely going to here a very late mixtape-ish entry were B.Wize raps over Kanyes production. But instead..the beat here has been flipped a totally different way.
It's sick! Sounds as if Watch The Throne Ye met 808's Ye with Juicy J supervising. I actually prefer this over Diamons from Seirra Leone beat which is saying something.
Subject wise the track continues the narrative from the last song and is great overall.
I believe around the 2 minute mark...things get real....B is spittin no lies to tell!
This rap is for the thinking person..and for the open minded who seeks further truth.
The interludes throughout the songs evoke a very theatrical and big album style.
B has a captivating personality making you feel like you could join in on a movement that you may have been missing...a movement where your soul can be at peace and all the fakery thats surrounding can be laid to rest. I really enjoy what he is saying. 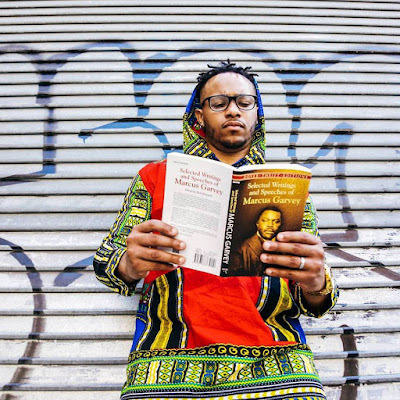 "A people without the knowledge of their past history, origin and culture is like a tree without roots."
-Marcus Garvy

5. "Vibe"  (4.5/5)
A strong shift in sound with this track that I don't think perfectly contrasted with the interlude before it. At first I was thinking it would be a "weak" attempt at a feel good party song...I was wrong. This is like if Talib Kweli was in a good mood and teamed up with The Black Eyed Peas put out a Top 40 Dance Hit. Chorus is radio ready.

6.  "Your Li3e" (4.5/5)
An Uplifting , upbeat cross-over entry where B.Wize flow goes back n forth between a Gift of Gab-ish non stop pace to a more loose trap flow or Jay-Z if he had 100 cups of coffee. Near the end of the track it calls back to the open of the song which plays out extremely well for the listener and such a put together moment it's impressive.

7.   "Insaine" (3.5/5)
Track starts out  the errie calling for "Larrry...Larrry" in a tone reminiscent of the Mortician in Tales from the Hood. "Clarreeence CLarreence"
Which in turn perfectly sets up the opening line about "reflection" as that is what the film was about in many ways.
The beat is a sick guitar driven slow rider sort of trudging along for B. Wize to continue his main theme and pondering if he's "crazy" for introducing himself and his statements to the world or if he is crazy for being one of the few to do so. The only thing I dislike here is that I love how the chorus begins and halfway through it feels it could've been better executed though it does go with the songs theme for the artist to go a bit off the rails. I have to put musicality over message. This by no way dampens my love for this project and is the first stumble in my eyes for it and at 7 tracks in that is truly a feat when there are mainstream releases falling apart at the seems. 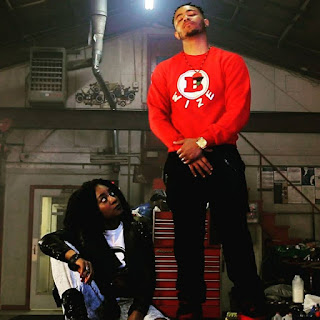 (Image from the "Words I Still Need to Say" Video Shoot.)


8.Interlude(4/5)
An uplifting speech from the emcee and wise words are truly spoken. no pun intended.

9.  "Inauguration" (4.8/5)
Politcal song. "She couldn't keep a man how she gon keep hope alive"
This is the song the illumaniti do not want you to hear.
A rapid pace firestarter where B.Wize rips apart the political landscape
and leads an Anti-Trump fist raiser. also includes George Bush's classic display of "wit".
which is perfectly placed here. The youth should listen close.
Favorite moment:"Throw a brick at yo government"

10.  "Beautiful Chaos" (2/5)
Gangstas Paradise sample....ties his message together in a kinda brilliant manner.
But I feel the impact of the song could have been stronger...if the sample would have been flipped simular to the diamonds sample earlier on with a song that truly raised the bar and cut deep in an astonishing way that out-performed all that came before it, it would've been an epic gut punch to the listener which I sort-of felt it was supposed to be. B.Wize is truly spitting gems as always but the entry is overall held back by the instrumental which still has Coolio and L.V.s shadow casting all over it.

11.  "Black Dial" (3.3/5)
Opens strong and seems to be about a women wanting to be independent and do better for herself and the community but like most of us ..needing money. Furthering the theme of a culture where becoming self demeaning is to earn a profit and the truth doesn't sell.
It's not perfect but it's not garbage. I feel the story telling was too rapid fire for the listener to truly latch onto. While the message is clear the importance of the subject may not wiegh as heavy as it should on the listener as it kinda wizzes by you.

12. Interlude (3/5)
I feel this interlude wasn't needed too much but it does give a break to the listener to make way for the palate change coming in the next track. His other speeches on the album were so strong it just marks this one down a bit. If anything B.Wize has a hard time competing with himself.

13.  "Words I Still Have to Say" (4.7/5)
Boom Bap Drums, Silky drifting electro synth and a gigantic epic chorus!
I love this. B. Wize delivers his message in a way that truly feels like a final paragraph conclusive statement for the album and that is to scream "Revolution" and if you don't want to do the same by the chorus then you just have not been paying attention very well.
Manages to be grimy and uplifting all at once.

14. "Tommorrow"  (5/5)
On the final track B.Wize delivery and flow seem perfectly focused with a perfectly delivered chorus by the guest singer. The Production is amazing with fleeting vocals(vocal samples?) in the background over an emotional , firm but soft piano...drums oozing Hip Hop crossover appeal and If I heard this on the radio I wouldn't be surprised. Though an artist with the content B.Wize brings is normally shunned by the industry due to reasons contained within this project, he manages to have here a truly strong statement that speaks universally and is relatable to most anyone.

Overall I'm feeling a 4.3/5 for this project. B.Wize is no doubt a capable lyrcists and an intelligent artist. He has a great ear for hooks and an upbeat animated personality sometimes but with an old soul. When he channels all these perfectly on a song that's when he truly captures lightening in a bottle and has me forgetting I'm not listening to a more well known artist. B.Wize deserves to have a loud voice in the hip hop community and I cannot wait to hear how he evolves on his next project. If he himself is motivated as his music is motivating then we might as well jump on the bandwagon now because this wise being is going places.