15 Songs You Should Hear by Pusha T

Terrence Thornton (born May 13, 1977),[1] better known by his stage namePusha T, is an American hip-hop recording artist. He initially gained major recognition as one-half of hip hop duo Clipse, alongside his brother Gene "No Malice" Thornton, with whom he founded Re-Up Records. In September 2010, Thornton announced his signing to Kanye West's GOOD Music imprint, under the aegis of Def Jam Recordings. In March 2011, he released his first solo project, a mixtape titled Fear of God. Thornton released his debut solo albumMy Name Is My Name, in October 2013. In November 2015, Kanye West appointed Pusha T to take over his role as president of GOOD Music. 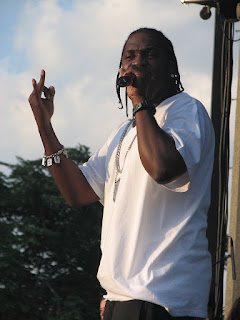