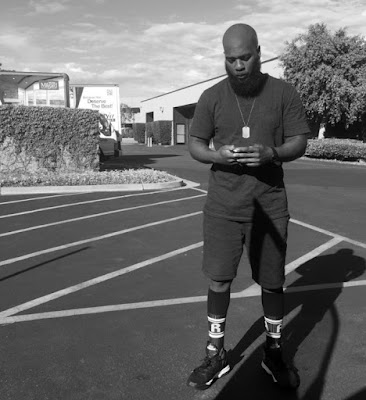 Derrick Mitchell is a recording artist/songwriter/musician/producer/brand/entertainment company,who has been expressing himself through music for the past 10 years. The artist with the "fressshh" mentality has also been known to song-write for the local talent throughout the Los Angeles area.

Derrick Mitchell was raised in the streets of Los Angeles. Always having a passion for creativity, D.M noticed he enjoyed music a little more than the average listener. He began writing and working on his craft in high school as he gained the attention of his peers.

Derrick Mitchell's life went for a turnaround when he was kicked out of his parent's home for being arrested on theft charges. While living on the streets, Derrick Mitchell's music became influenced by a darker approach. Based on his struggles, D.M easily shares his stories and experiences.