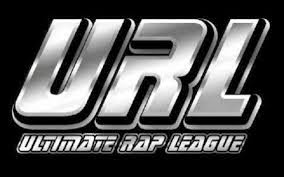 Rap Battling, or Freestyle Battling, is pretty much like a sport to most young rappers out there trying to be heard.  How better to get your name out there than to Out-Rap, on the fly,  the neighborhood or city legend? Or at least work your way up through the ranks.  As depicted in 8-mile, the movie vaguely based on rapper Eminem's  real life, young MC's are Rap Battling each other all across America.  Some have even formed leagues,  and the internet is an important part of the process in this day in time.  Here are a few of the Battles regarded around the Internet as the "Best Ever".

Justice vs. The Saurus

What are the greatest freestyle Battles in your opinon? feel free to post links in the comments.